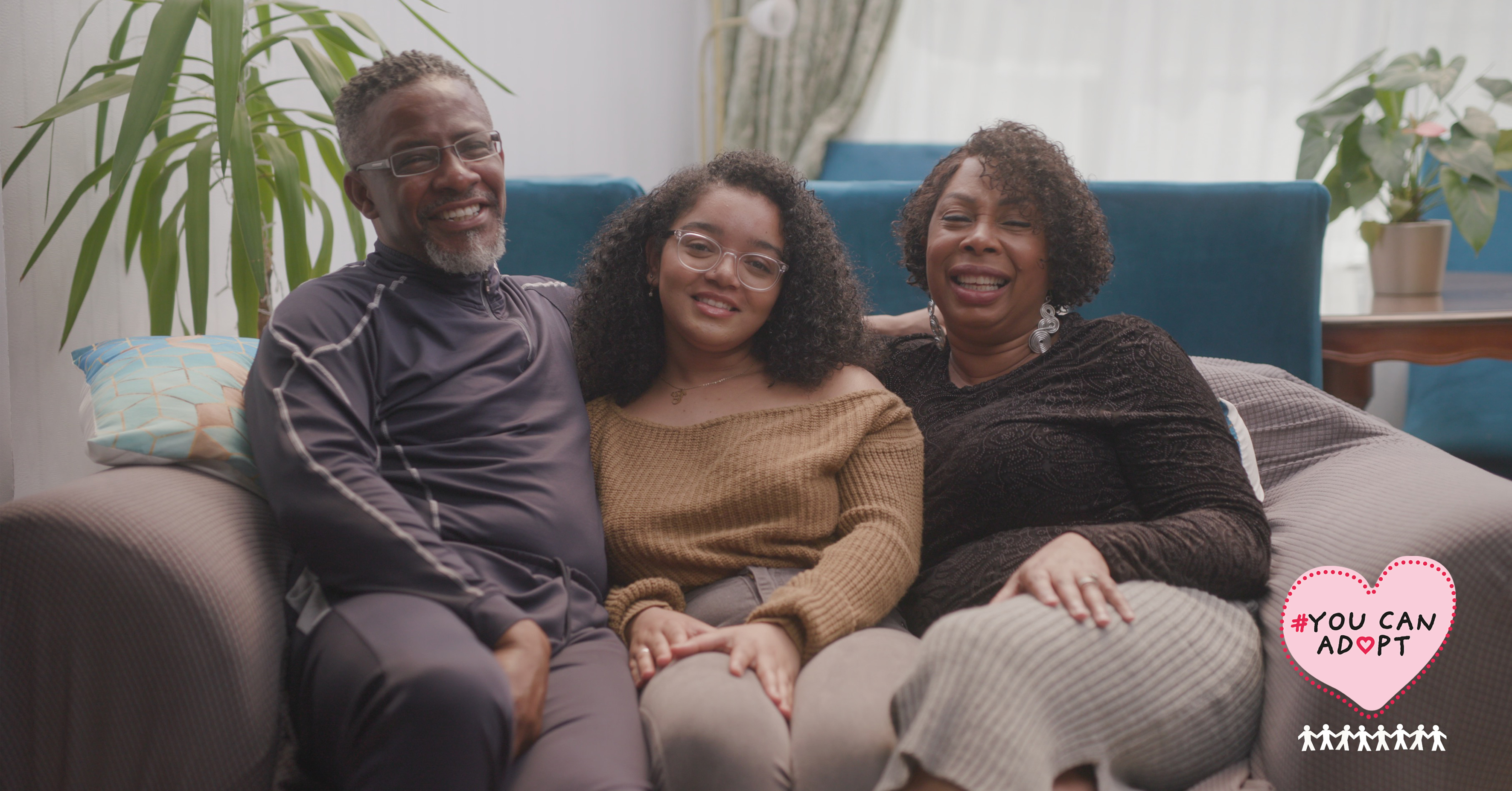 With Black, Asian and Mixed Ethnicity children waiting longer to be placed for adoption than their White counterparts, and fewer than 5% of adopters in England coming from a Black, Asian or Minority Ethnic background, the #YouCanAdopt campaign has relaunched to acknowledge and celebrate adopters from the Black community while encouraging more people to consider adoption.

Despite the large majority of Black people having positive and altruistic views towards adoption, there are still a number of barriers and misconceptions that can prevent people from taking the next step. This includes concerns around inadequate finances or housing, being considered too old, and worries about marital status (being single or unmarried).

However, motivations regarding adoption are overwhelmingly positive among the Black community, and an increasing number of people successfully tackle these myths and provide children with a loving, safe, and stable home.

In the lead up to Black History Month, a new film released by the #YouCanAdopt campaign celebrates adopters from the Black community talking about their journey and their thoughts on why more Black people should adopt Black or Mixed-heritage children.

The film highlights the importance of Black children having Black role models they can look up to, who’ll guide them through life. Jacqui, who adopted her daughter as a single parent, says “Mervielle came to me really needing a family to love her, and that’s what we did. When you’ve got a young Black person growing up, they need to understand how to be able to navigate through society, and who better to help and support these young people than us, who’ve already been through it?”

Azumah, who adopted her son Kwame in her 50s following unsuccessful IVF treatment and a hysterectomy, says

“The best thing about adopting for us is that we now have this giggling, singing child running around the house. He is a happy and affectionate young boy who brings us great joy. I feel very proud being his mum and am thankful for this wonderful experience.”

Pearl, who was already a mother to twin boys when she decided to adopt her daughter, says,

“There are hundreds of thousands of Black and mixed-heritage children in the social care system in need of a family. I urge people in my community to step forward and make a difference. The rewards are plenty. Adopting my daughter was one of the best things I have ever done.” She explains. “I always tell my daughter, I didn’t push you out of my stomach – I pushed you out of my heart.”

Amara, Pearl’s adopted daughter, is now at university studying international business and Mandarin. “My parents were always open about my adoption, and from an early age would constantly reassure me that it was nothing to be ashamed of,” says Amara.

“They would encourage me to ask questions whenever I felt confused, low, or just wanted to learn more about my adoption journey. Being so transparent with my family really strengthened our relationship, and I grew up feeling wanted, loved and secure.”

Sherifa, who has worked in social care since 2003, highlights that since 2014, the adoption process has become easier and shorter and is now split into a two-stage process that spans six months. Though this may still seem like a long time for some, Sherifa explains that the process is worth it.

“Adoption is a route to parenthood, and as a Social Work practitioner, nothing gives me more joy than seeing the lives of children transformed for the better despite obstacles and an adverse start in life.”

There are children all over England who are looking for loving parents and homes. For Black children, who are overrepresented in the care system, this is even more true. The adoption process is now simpler and quicker than ever before and there is a lot more support available, with over three-quarters of adoptive parents finding resources helpful.