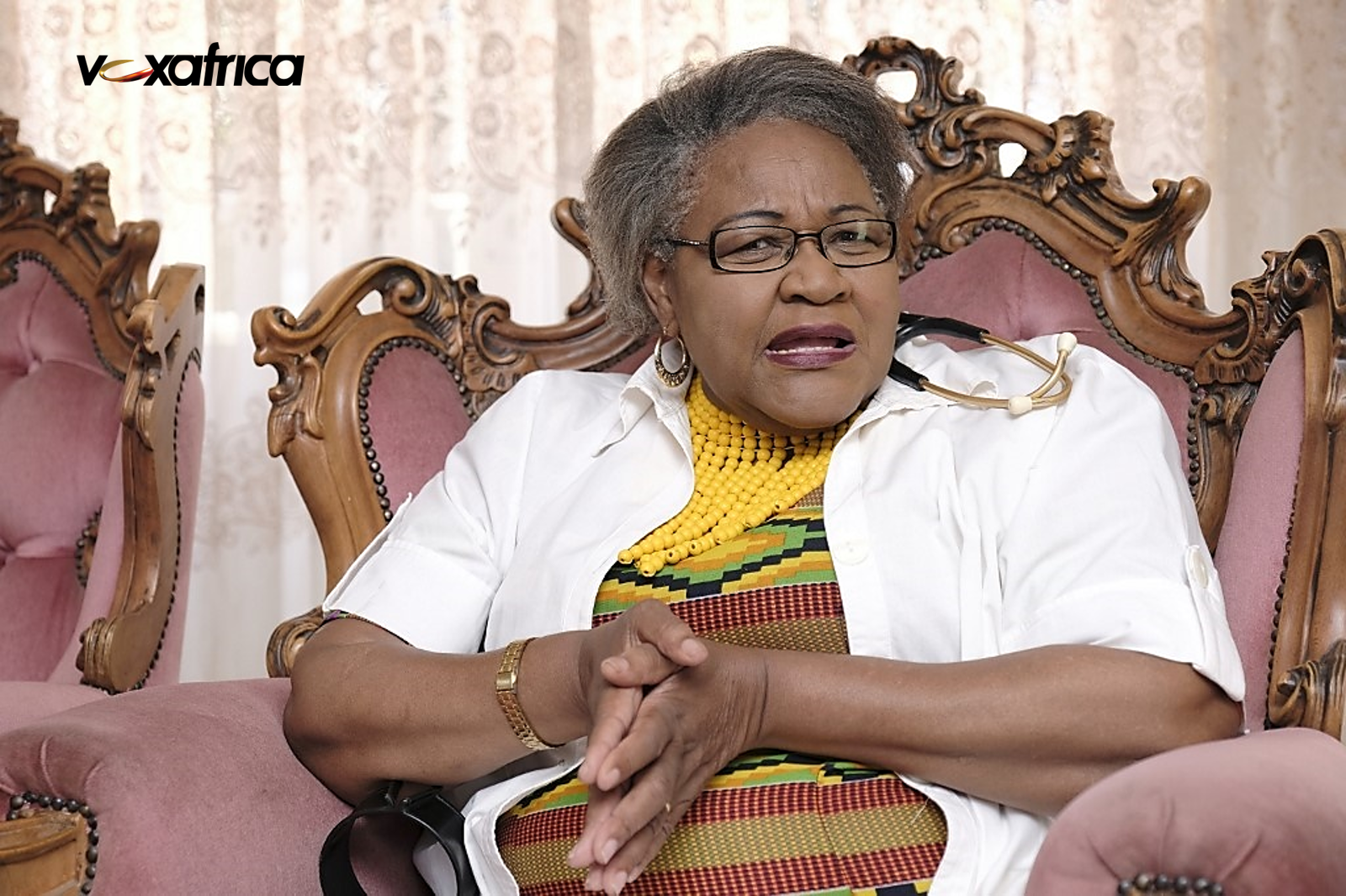 She has endured decades of vilification and professional isolation, but at the age of 72, Doctor Mamisa Chabula-Nxiweni persists in her fight to end the deaths and misery from traditional circumcision in South Africa.

Twice a year, in summer and winter, teenage boys from several of South Africa’s black tribal groups undergo a rite of passage in the form of circumcision rituals, where they are taught to “become men”.

They are restricted from drinking water — to lessen toilet visits — and may spend weeks healing in huts in remote rural areas, away from medical care.

The circumcisions are often performed in unhygienic conditions by a traditional practitioner who typically has no modern medical training.

Dozens of young men die each year, and many others endure life-long pain and misery when the operation is bungled.

That’s why, three decades ago, Chabula-Nxiweni decided to intervene, wading into a subject that was already hyper-sensitive — but especially so for women, for whom it was out of bounds.

“I have no regrets at all,” she told AFP at her home in the eastern coastal city of Port Elizabeth.

“I was raising an alarm to government to do something as boys were dying and continue to die now from botched circumcisions. I had to take a stand,” she said.

The mother of 10 runs a practice treating mostly young boys from the crime-infested township of Motherwell in Port Elizabeth who have endured mangled circumcisions.

So shrouded in secrecy is traditional circumcision that many sectors of society were angered  when the custom was revealed in a 2017 Oscar-shortlisted coming-of-age film, “Inxeba,” entitled “The Wound” in English

The movie came under fire for lifting the veil on secret initiation rites practised by Xhosa people and exposing taboos around gay love and sex.

Authorities subsequently raised the age restriction to 18, effectively banning the film from being screened at public cinemas.

The ancient tradition is so protected that a woman who breaks the secrecy surrounding the ritual is considered an outcast.

The head of traditional leaders in the Eastern Cape province, Chief Mwelo Nonkonyane, said: “Women, as so far as circumcision is concerned, have no role to play whatsoever. This is a matter for men alone.”

One 20-year-old initiate from a Port Elizabeth township sought Chabula-Nxiweni’s help after a “devastating” experience.

“The bush doctor messed me up. The instruments they use are not sterilised and I ended up with gangrene and the wound became septic,” he said.

“Now I cannot enjoy sex like I used to before… I am hurt,” he said.

Chabula-Nxiweni helps boys who are willing to be ostracised for not being “man enough” by seeking medical care.

“I fully well knew the stigma that would be attached to the initiates I treated and to me as a woman but I had professional ethics and a code of conduct to observe — and that was to save lives,” she said.

“Things must change. Yes, there is this tradition but it must be weighed against life and death.

“What is the point of you saying you are preparing boys to be good men… and they don’t even reach that stage?” she asked.

Traditional circumcision was previously mainly practiced in the Eastern Cape, but has spread, mainly to the nearby province of KwaZulu-Natal and Mpumalanga in the northeast.

Experts say that circumcision — when safely done — is a proven weapon in the fight against the human immunodeficiency virus. Removing the foreskin also removes specific cells on it that are especially vulnerable to HIV infection.

As a result, the World Health Organization (WHO) has enlisted circumcision in its battle against HIV in South Africa, a country with the highest prevalence of the AIDS virus in the world. Nearly a fifth of the population aged 15-49 has HIV, according to official figures.

But this programme is voluntary and carried out under strict medical procedures — a process that is worlds apart from the poor hygiene and intense social pressure of traditional circumcision.

The government-appointed Commission for the Promotion and Protection of the Rights of Cultural, Religious and Linguistic Communities (CRL) says 500 boys have died over the past five years.

Just three weeks into this year’s summer circumcision season, 23 boys died in the Eastern Cape. This was compared to 17 during the past winter season.

Health Minister Zweli Mkhize — without delving into the delicate subject of traditional circumcisions — maintained “the deaths are completely preventable.”

Most, he said, were a result of dehydration, some believed initiates should not be given water.

Monica Mosia, Chabula-Nxiweni’s 76-year-old former assistant, said the doctor had faced a lot of resistance but never gave up.

“She is helping a lot of young men, some of who had lost hope that they would enjoy sex again,” Mosia said.

“Instead of pouring scorn upon her, people should appreciate her work and support her.”