LIBYA: DISAGREEMENT OVER THE HOLDING OF ELECTIONS 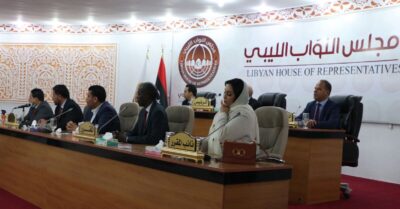 The upper house on Wednesday 08th December proposed delaying December presidential elections by two months, the latest dispute over the vote intended to help end 10 years of violence.
The High Council of State, which is equivalent to a senate, suggested the presidential vote could take place in February to avoid further threatening the country’s political transition.

Omar Boshah, first deputy president of the Council, told journalists in Tripoli that if the vote goes ahead on December 24, « the results will not be accepted ». « All of the current indicators confirm that continuing with the presidential elections in the absence of constitutional or legal regulations to manage this stage, and in conditions of tension and a lack of trust between the parties and foreign intervention, could disrupt the elections totally.»

He added that « Therefore we suggest the following initiative. Firstly ; holding the legislative elections on their specified dates in February of 2022, in accordance with law number 4 of 2012, and the fundamental tasks of the elected House of Representatives are achieving the constitutional entitlement. »

He concludes that « Thirdly ; the initiative suggests that the time cycle for the House of Representatives and the presidency be four years from the date of their election for one cycle that cannot be renewed. »
But the United Nations mission in Libya has urged leaders to stick to this month’s date for both presidential and legislative ballots in order to boost their credibility.