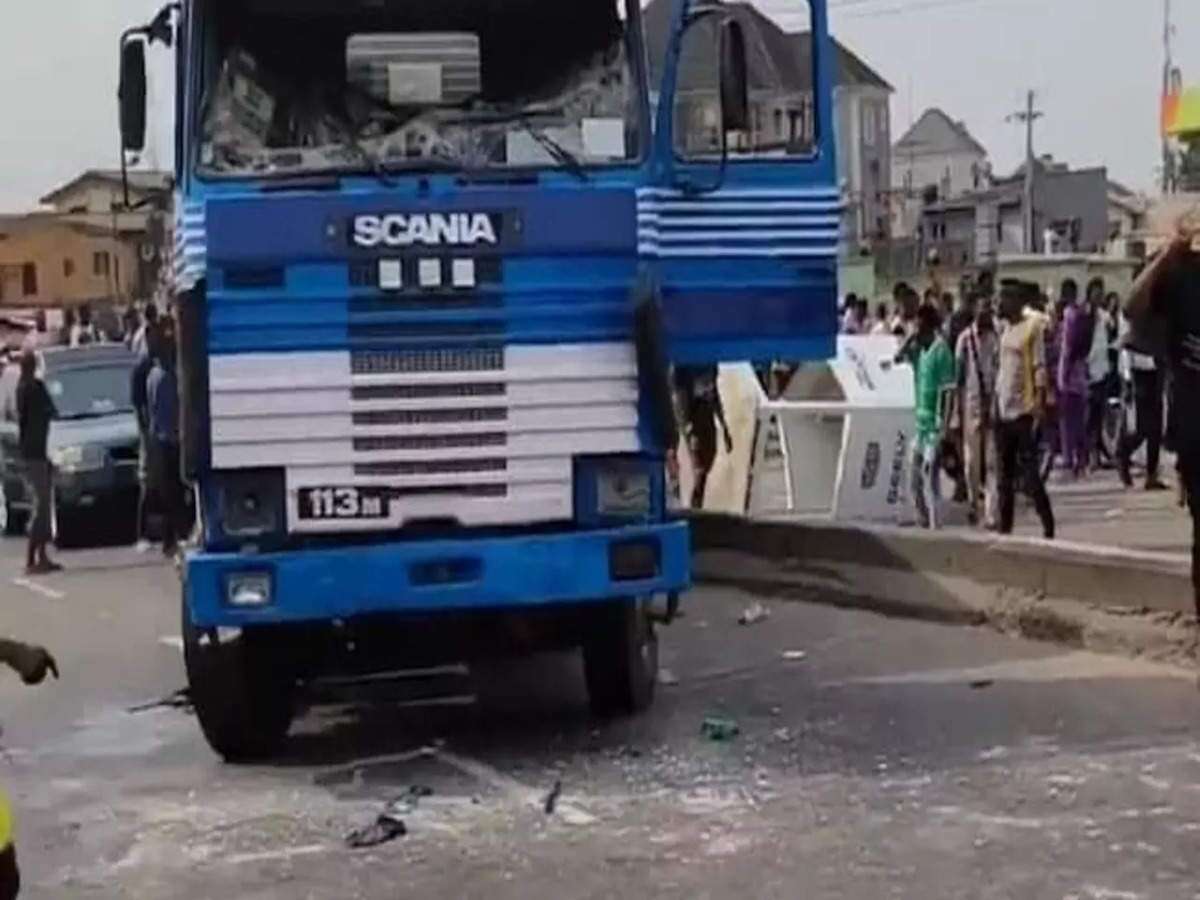 Two students were killed and 12 injured when a truck rammed into them near their school in Nigeria’s commercial capital Lagos, police said Wednesday.

The incident, which occurred on Tuesday in Ojodu area, sparked outrage as angry residents attacked the police station where the driver was being held and burned vehicles in the area.

The students attended a nearby secondary school, where the ages range from 10 to 17.

Officials said the students had just finished class when the truck rammed into them. The cause of the accident could not be immediately determined.

“Two students were killed in the unfortunate incident while 12 others were injured,” state police spokesman Adekunle Ajisebutu told AFP.

“The erring driver has been apprehended and kept in police custody,” he said.

He said the accident sparked outrage in the area.

“Angry students, who were later joined by hoodlums, set the accidented vehicle ablaze. They also attacked the Ojodu police station in their large number, demanding the release of the driver for jungle justice,” he said.

“When their demand was not met, they became violent. In the process, they destroyed four vehicles parked on the premises of the police station and another mobile truck on the highway.”

Ajisebutu said calm had been restored in the area.

“This unfortunate incident provoked some bystanders into taking the law into their hands,” he said.

Tuesday’s incident happened three days after eight children were found dead inside a parked SUV in Badagry, outside Lagos. They were believed to have died of suffocation.

Accidents are common in Africa’s most populous country because of bad roads, speeding and lack of vehicle maintainance.