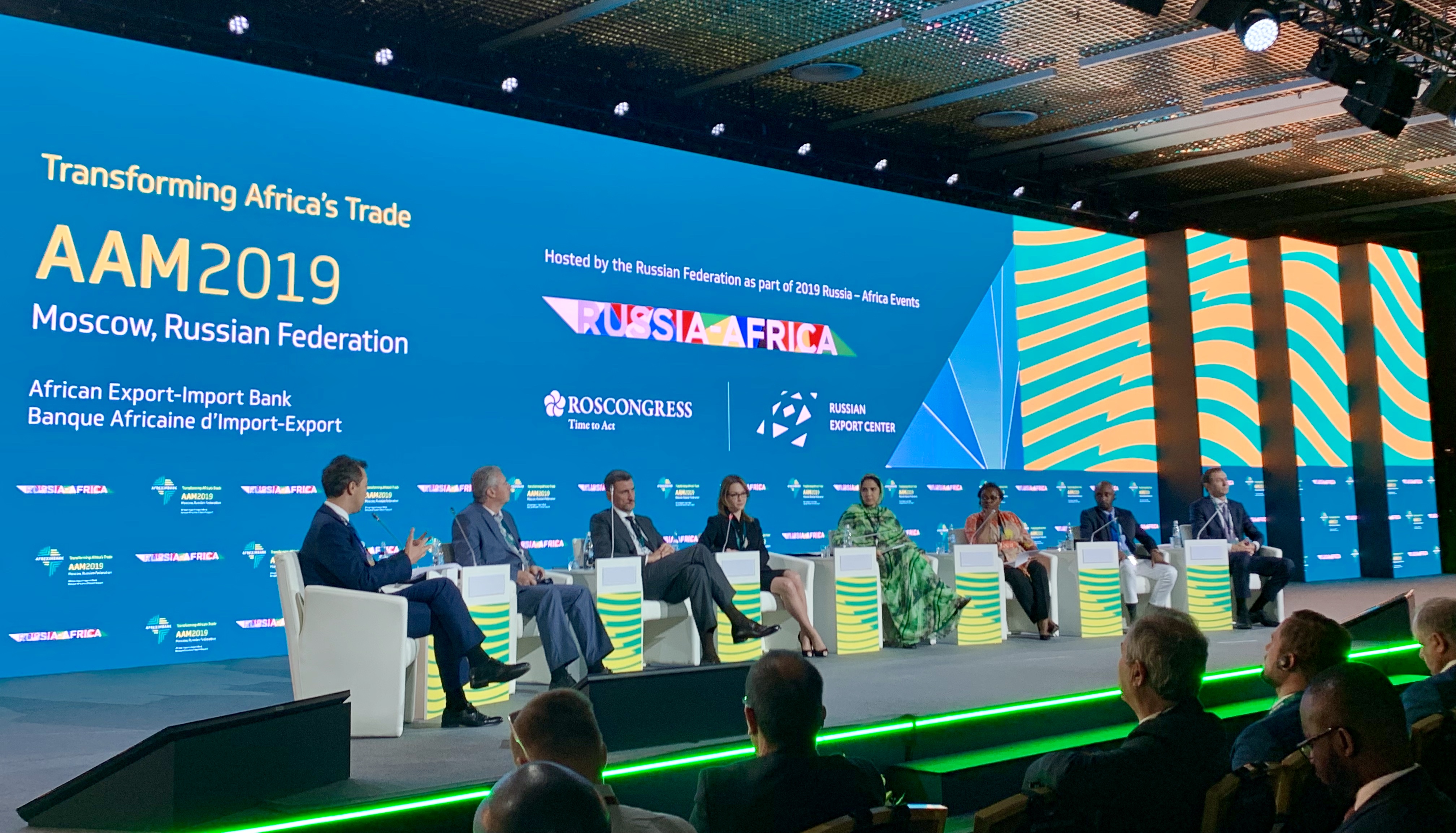 The panel session ‘Mining Industry: A Sustainable Approach to Field Development’ was held in Moscow during the open Russia–Africa Economic Conference, part of the Afreximbank Annual Meetings with the support of the Roscongress Foundation and Russian Export Center. One of the key focal points of the session was Russian and African cooperation in the development of the mining industry.

In 2017, the Russian Export Center, part of VEB.RF, became Afreximbank’s third largest non-African financial institution or organization shareholder, which has allowed for the rapid acceleration of investment, trade, and economic relations between Russia and African countries. One of the areas positively affected were mining projects in Zimbabwe and Sierra Leone. Interest has also been expressed in attracting Russian partners to the implementation of projects in the oil industry.

“Notable Russian-African foreign economic projects include the signing of a memorandum of cooperation between the REC and OJSC Afromet (Vi Holding) regarding the comprehensive development of the Darwendale platinum field project in the Republic of Zimbabwe, which was signed during a visit by the president of Zimbabwe to the Russian Federation in January of this year,” said Andrey Slepnev, Chief Executive Officer of the Russian Export Center (REC).

This is the second time in Afreximbank’s history that its Annual General Meeting of Shareholders has been held outside of the African continent. The Meetings are the largest economic event in Africa. Over 1,500 participants registered to participate in the Russia–Africa Economic Conference in Moscow, which speaks of the high-level of mutual interest in developing relations.

The Russia–Africa Summit will be held in October 2019 in Sochi and will be co-chaired by President of the Russian Federation Vladimir Putin and President of the Arab Republic of Egypt Abdel Fattah el-Sisi, who also heads the African Union. This is the first event of this level in the history of Russian-African relations, with the heads of all states of the African continent invited, as well as leaders of major subregional associations and organizations.