NEW CAMPAIGN TO COMBAT THE FEAR OF CANCER 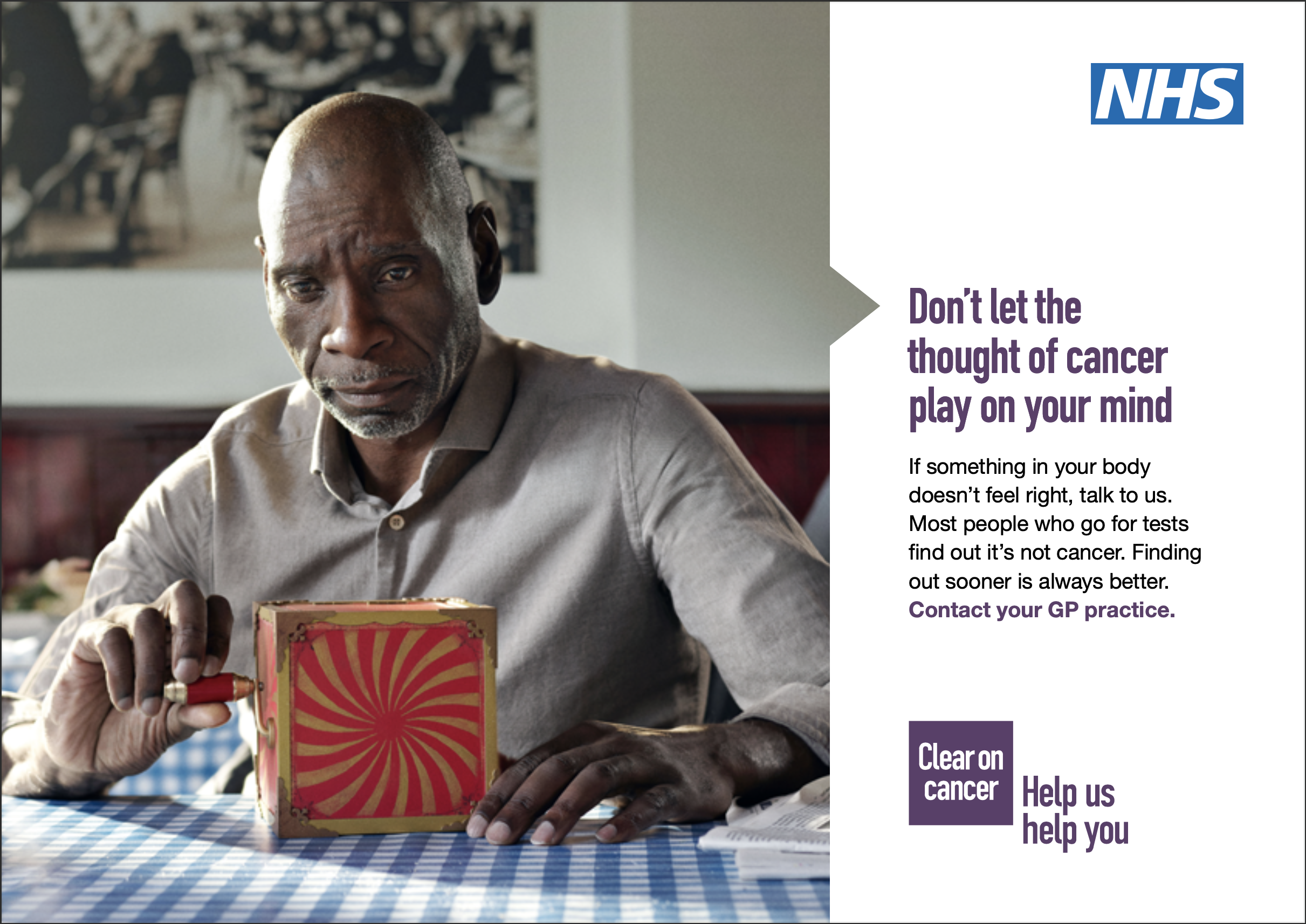 NHS England and NHS Improvement has launched a new campaign taking a radically different approach to detecting cancer early for patients when it is easier to treat. The campaign is the first to focus on tackling the fear of cancer rather than specific symptoms.

The key message is that if you think something is wrong it is always better to get checked out to put your mind at rest, or to get treatment that increases your chances of a good outcome.

As part of the campaign there is a powerful film that features cancer survivors and those who have been referred for testing. It highlights their personal experiences of how the NHS has helped them in their journey and focuses the importance of visiting your GP and getting a diagnosis as early as possible.

The campaign is launched alongside new research that shows that nearly six in 10 people (56%) say a cancer diagnosis is their biggest health fear, above other illnesses including heart disease and Covid-19.

Almost two thirds (63%) of those surveyed said dying was their biggest cancer fear, with more than one in three (37%) worried about being a burden on family and friends and over another third (36%) worried about the impact of chemotherapy or other treatments.

While the majority of people knew catching cancer earlier makes it more treatable, over two fifths (42%) said they would ignore symptoms, wait to see if anything changed, look for answers online or speak to family and friends before seeing their GP.

Dr Seun Bakare “The early symptoms of cancer are not always easy to spot. If you are worried that something in your body doesn’t feel right. I cannot urge you enough to just contact your GP and book an appointment – the NHS wants to see you. It is probably nothing serious, but finding cancer early makes it more treatable.”

Johnny Nelson, ex-professional boxer, who features in the film after going through a prostate cancer scare, said: “I had been thinking about visiting my GP for some time as cancer runs in my family and I am aware that I am at greater risk as a black man, but I just kept putting it off – I was apprehensive, uncomfortable and potentially a bit embarrassed. Once I did reach out to my GP and go through the tests, I knew it was the best thing I could have done. After the check-up, my mind was at ease and thankfully I was given the all-clear.”

Phil Kissi, 64 from London who has recovered from prostate cancer, said: “In 2006, I was watching a TV programme that said Black men were at higher risk of prostate cancer. Although I didn’t have any symptoms, I had a feeling that something wasn’t right.

“My diagnosis changed my perspective on life, and I re-evaluated what was important to me. After my surgery, I decided to go into athletic training and help young people who might not have had the chance to fulfil their potential otherwise.

“If you’re worried about cancer, contact your GP practice. It’s probably nothing serious but even if it is, getting your diagnosis earlier can give you more treatment options and ultimately, a better chance of success.”

NHS bosses and cancer charities are urging people not to delay “lifesaving” checks, highlighting nine in ten of those checked turn out not to have cancer but that it is better to know so that people can get treated early when chances of survival are highest.

Not all the symptoms of cancer are easy to spot. The NHS is encouraging people to contact their GP practice if they experience any of the below symptoms:

Other signs and symptoms to prompt contact to your GP practice if experienced for three weeks or more include: