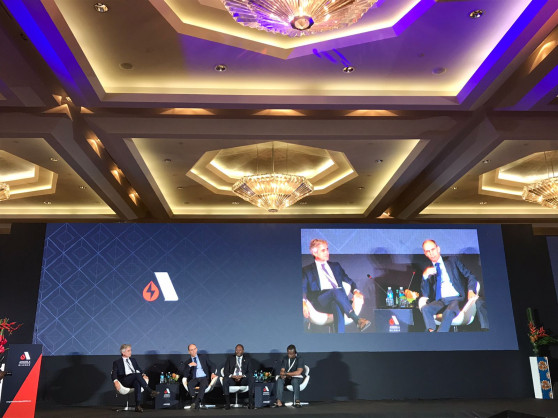 Key stakeholders from Angola and Namibia evaluated the current role and future potential of Africa’s national oil companies (NOCs) during a strategic panel on the second day of Angola Oil&Gas (AOG) 2022 (http://bit.ly/3UyBCpP), as NOCs take concrete steps across the continent to increase efficiencies, cut costs, boost profitability, and transform into competitive, agile, and integrated energy companies.

One of the most important reforms in Angola’s oil and gas (http://bit.ly/3AX1Wln) sector has been the Regeneration Program of national oil company Sonangol, which refocused its activities on the primary E&P value chain and repositioned the NOC to serve as a competitor to international operators. Concluding its final phase in June 2021, the program has achieved several key successes – including raising its operating revenue year-on-year, completing new seismic acquisition, and launching several refining and storage projects – with its comprehensive restructuring serving as a model for other African NOCs.

“Within this process of restructuring the sector, we had a vision that Sonangol (http://bit.ly/3H1TmW6) should focus on its core activities and improve its performance. The assets that were not core, we put aside,” said Miguel. “We have opened privatization up to 30%, evolving to IPO. This process has started. We have launched an international tender where over 17 foreign institutions participated.”

“Our national oil company was not a parastatal – it was a state within another state,” noted Vilar. “We have already privatized 84 state-owned companies. Out of 60 industry units, we have practically privatized them all.”

The panel identified how NOCs can assess market readiness for privatization and how they can better compete with international operators in the free market.

“How ready is Sonangol for an IPO? The practices of organizations listed on stock exchanges and the gaps that Sonangol has in its own practices have been identified, and a roadmap for the implementation of processes has been defined. We are currently starting this implementation,” added Miguel.

For many African oil- and gas-producing countries, NOCs serve as the bridge between private and public sector interests and account for the lion’s share of government revenues. However, African state oil firms continue to face financial constraints – often subsidizing government budgets – and require enhanced access to financing to catalyze their growth.

“Now that we have finally made discoveries and looked to find producing assets outside of Namibia (http://bit.ly/3VGCXuy), we have to go back to our roots and focus on our upstream. We are talking to Afreximbank and other financial institutions to make sure we have the necessary capital required for investments in the upstream space,” said Mulunga. “Traditionally, our revenue and asset base has been very small, but thanks to the discoveries and producing assets we are going after, there is an appetite to invest in Namibia.”

The panel concluded by exploring the future contributions of African NOCs in the sector and their leading role in nation-building and economic diversification. In view of the global energy transition underway, panelists discussed how African NOCs can build more diversified and sustainable energy portfolios.

“We’re already producing 150 MW of clean energy,” said Miguel. “We have been engaged in green hydrogen (http://bit.ly/3EOYavo) production with two companies. We have a carbon project that has been coordinated with a local NGO. We have several other initiatives that we have been able to implement within the energy transition. The global banking system is requiring that we show via our projects what precisely Sonangol is doing on decarbonization and environmental protection.”

“If we don’t have a strong narrative on what we will do, then we won’t get financing,” stated Vilar. “Let us not abandon what sustains us. Let us continue maximizing what we have, while minimizing the ecological impact. That should be our concern.”