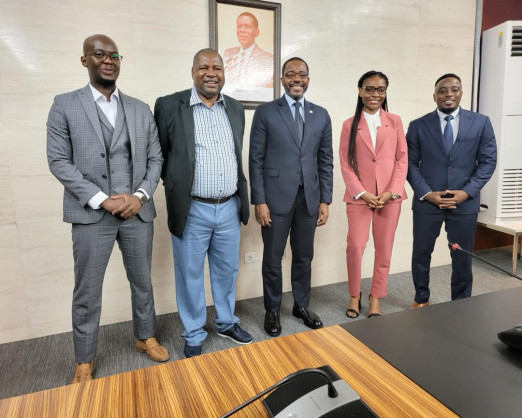 Namibia, as an upcoming hydrocarbon producer, and Equatorial Guinea, as one of Africa’s top natural gas producers, have taken the lead towards positioning Africa as a globally competitive oil and gas producer, leveraging intra-African partnerships and cooperation to scale up the local workforce.

Following sizable oil and gas discoveries made in Namibia in 2022, the two countries forged an agreement during the Namibian International Energy Conference (NIEC) 2022 that saw four Namibian engineers receive training at the Equatorial Guinea Liquefied Natural Gas (EG LNG) facility. This program has been significant, both for Namibia’s future oil and gas industry and for Africa’s energy sector at large, and the African Energy Chamber (AEC) commends both countries on this bold initiative.

To date, four Namibian engineers have received training at EG LNG, owned by Marathon Oil, Chevron and the Equatorial Guinean government. In addition to receiving exploration and production training at the facility, the engineers were trained at the associated Methanol Facility and the Turbo Gas Facility at the Punta Europa Complex.

The Namibian engineers also received training on various operational matters from British independent Trident Energy, known for operational efficiency and production improvements. Trident is the operator of Block G, which includes the producing Ceiba and Okume Complex fields — made up of six oil fields in the Gulf of Guinea, in shallow and deep water in the Rio Muni basin.

This training has not only signaled a new era of intra-African energy collaboration and partnerships but has opened up significant opportunities for Namibia to position itself as a globally competitive oil producer on the back of south-south cooperation.

With both countries having placed local content at the center of their developmental strategies, this training initiative marks the start of a new era of hydrocarbon growth in Africa on the back of cooperation and collaboration. Long-term, Equatorial Guinea is committed to establishing itself as a regional energy hub, leveraging ambitious local content initiatives to develop a strong and competitive hydrocarbon market in-country. Similarly, Namibia, at the start of its hydrocarbon journey, has recognized the role local content will play in making energy poverty history while kick starting industrialization and economic prosperity. As such, the country has introduced proactive local content policies, with the Equatorial Guinean training initiative only furthering this agenda.

“It is good to see energy companies in Equatorial Guinea taking the lead in the training and development of Namibian youth. EG LNG, Trident Energy, Chevron, Marathon Oil should be given huge credit, incentive and encouraged to do more. It is important for young Africans. Energy companies are our partners, and we must support them as we push for Namibian energy growth,” stated NJ Ayuk, Executive Chairman at the AEC.

The training initiative followed Shell’s Graff-1 discovery and TotalEnergies Venus discovery made merely weeks apart in February 2022, unlocking up to four billion barrels of recoverable reserves combined. The discoveries were significant, with their associated developments set to double Namibia’s GDP by 2040. Shortly thereafter, the country took a proactive approach to get advanced training from U.S. and regional firms, with the government eager to bring these projects online as soon as possible. In this scenario, Equatorial Guinea emerged as the obvious partner, with the country hosting a suite of global energy majors and large-scale hydrocarbon developments alike.

Owing to sizeable domestic oil and gas reserves, as well as an accelerated drive by the government to monetize regional untapped reserves, Equatorial Guinea has put in motion a series of large-scale projects such as the Punta Europa LNG Terminal – comprising Train 1, producing 3.7 million tons per annum (mtpa) of LNG, and Train 2, set to produce up to 4.4 mtpa once completed – the wider Punta Europa Gas Complex – comprising Methanol and Turbo Gas Facilities – and the Central African Pipeline System. These projects have enabled the country to export gas worldwide, with Equatorial Guinea serving as a key supplier of gas to Europe in the ongoing gas crisis. In this scenario, companies such as Marathon Oil, Sonagas, ExxonMobil and Panoro have been key, and offer Namibia unparalleled insight into developing and operating large-scale projects.

“What Minister Alweendo and Obiang Lima have done should be commended. They have demonstrated the role that intra-African energy cooperation will play in Africa’s energy future. Equatorial Guinea, with its expertise as an oil and gas player, offers Namibia the knowledge and training that the country needs to develop a thriving domestic oil and gas industry. Through this training initiative, both countries have prioritized local content, developing the local industry and getting young people ready to lead oil and gas exploration and production. At the AEC, we are proud to see what Namibia and Equatorial Guinea are doing and want to see more African states following suit,” concluded Ayuk.