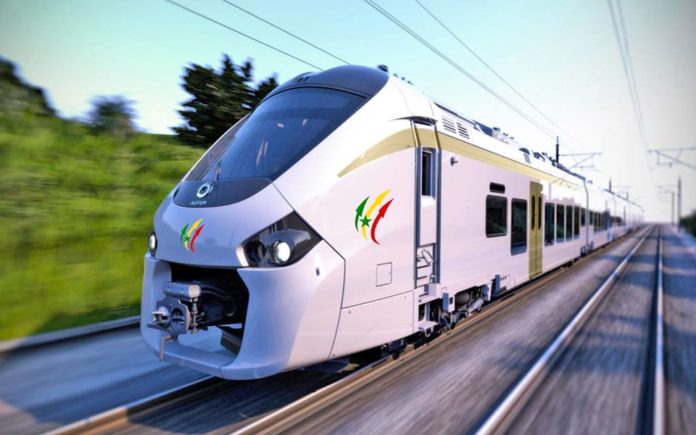 In Senegal, more than 15,000 people have come together to speak out about ‘the brutal way’ they were evicted to make space to build Dakar’s new regional express railway.

The victims demand their compensation and threatened to sabotage the inauguration of the train.
Fatou Dione, president of the women victims of the regional express train said : « Since December 14, 2017, I have been renting and experiencing tremendous hardship and I cannot stay on the street. I am not the only one, there are others who are currently in psychiatric hospitals, others have died because of the stress and many households have been displaced because of this regional express train. »

Marie Diagne, member of the collective of the impacted of the regional express train also added that :
« My two children no longer go to school because I can no longer afford to pay their school fees. I had put all my resources into buying this house, which the project managers destroyed. I have nothing left. »
After five years’ work and at a cost of more than a billion dollars, Senegal’s capital city on Monday welcomed a new commuter railway line.

Ibrahima Cissé, coordinator of the national collective of those affected by the regional express train says : « Here was the lung of employment, the lung of recovery of the unemployed, so more than 100,000 families found their daily bread in these places -they were evicted in a brutal way, without being compensated according to the norms of PAR (Plan of actions and resettlement). »

He adds : « According to our experts who made the estimates in relation to the file we provided, the State owes us more than 50 billion CFA francs (76 million euros) as we speak. »
« What we planned to do was to block the start of the project, because they don’t respect us, they have always sabotaged our houses, our workplaces. Today we are vulnerable, we find ourselves without a roof, without work and without land. » he added.

Politicians are lining up to extol the benefits of slashing journey times and decongesting Dakar once the gleaming TER regional express trains start to roll.