SA VIRUS CARRIERS CHARGED WITH ATTEMPTED MURDER FOR NOT ISOLATING 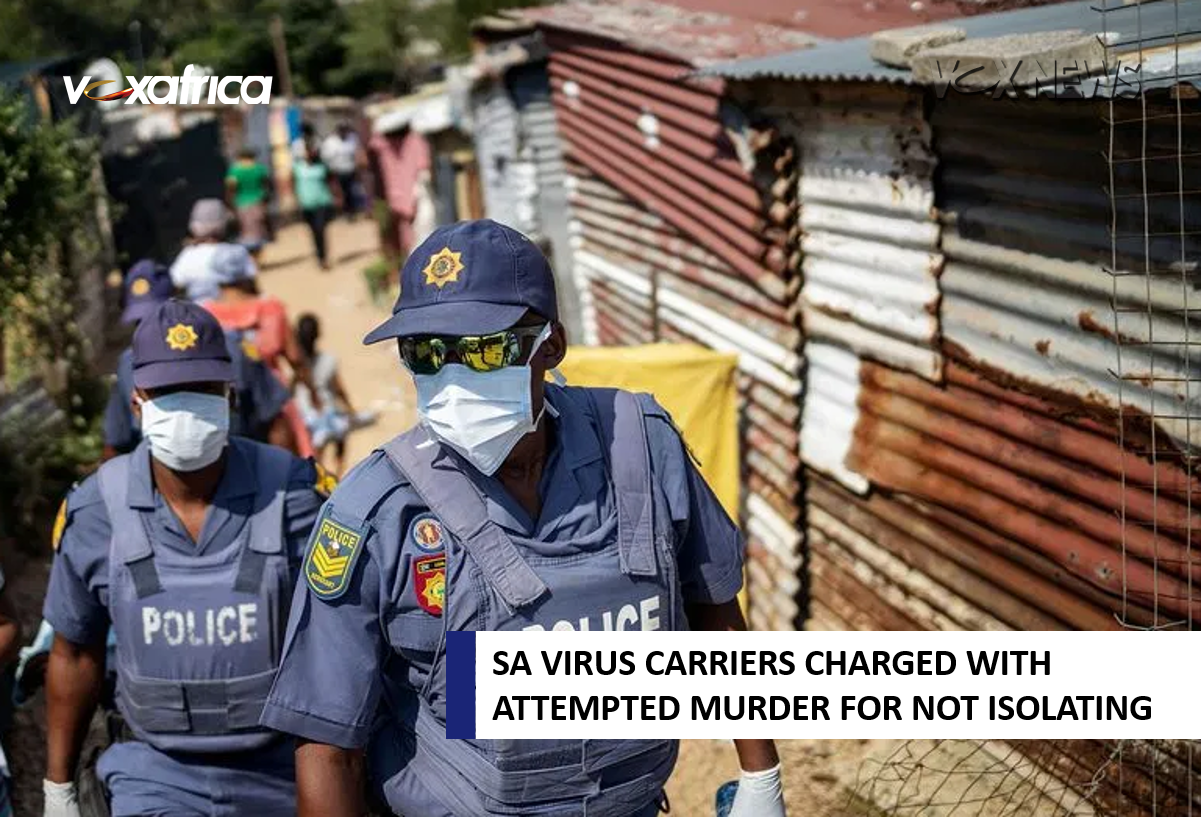 South African police have charged two men with attempted murder for allegedly continuing to go out after they tested positive for the coronavirus, exposing others to the infection.

Police minister Bheki Cele announced the charges on Wednesday during a press conference detailing the enforcement of an incomong lockdown meant to curb the spread of coronavirus.

“If you break these laws of regulations you are six months in, or fined, or both,” said Cele.

“Two people have been charged already… who deliberately moved around after they were told” not to, he warned.

“So it’s not a fairytale to say the law will act and act very harsh on you.”

The first case was a 52-year old salon owner diagnosed with coronavirus on March 18 and instructed to quarantine for at least 14 days.

Police spokesperson Vish Naidoo said local officials raised the alert on Tuesday after the man was seen around the western city of Ladysmith, in KwaZulu-Natal province.

“(He) allegedly continued with his business… and in doing so disregarded the instructions by a doctor,” Naidoo said, adding that the man had since been arrested and taken to hospital.

The second charge was filed against a male tourist who tested positive for COVID-19 while on holiday at Kruger National Park.

Naidoo said the man ignored instructions to remain in his hotel and went to the nearby town of Saint Lucia, where he interacted “with an unknown number of people”.

South Africa has recorded the highest number of coronavirus infections on the continent, with 709 cases confirmed so far.

Only “essential” trips to grocery stores, pharmacies and medical appointments will be permitted during the lockdown, which will be enforced by army troops.

“The simplest and best way to combat the spread of the coronavirus is STAY HOME,” the police said in a statement on Wednesday.

“It is exactly that stubborn behaviour that has caused us a national lockdown.”