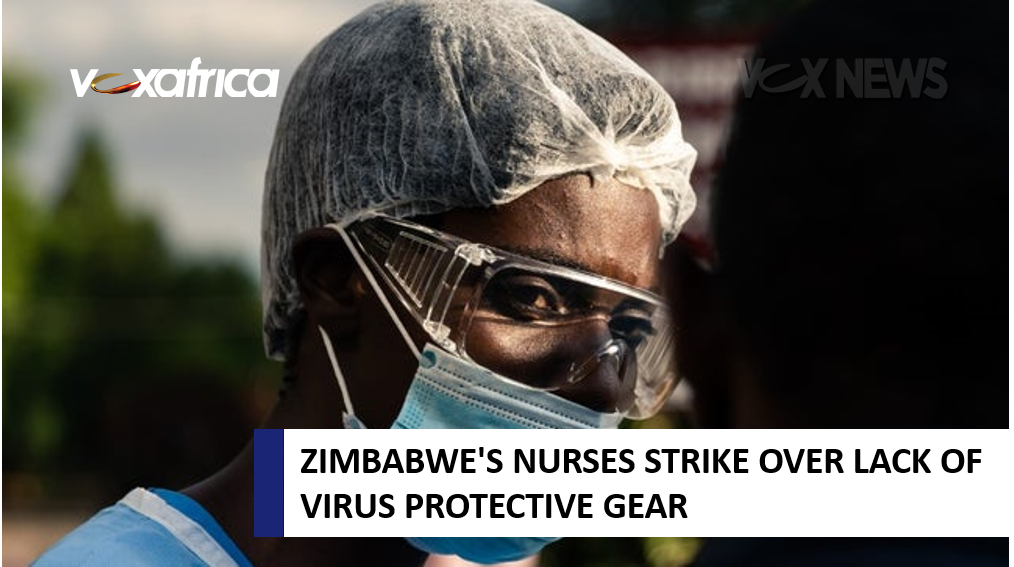 Thousands of hospital nurses in Zimbabwe went on strike Wednesday over a lack of protective gear and water shortages just days after the country reported its first coronavirus cases, their union said.

Doctors are also considering walking out of public hospitals over similar grievances, according to internal mail seen by AFP.

Zimbabwe has recorded three cases in less than a week and one of the patients, a 30-year-old broadcaster, died on Monday.

The southern African country’s public health system has been suffering for many years from a lack of equipment and medicines, and there are fears it will struggle to cope.

In a notice to government, the nurses are demanding personal protective equipment, water and a coronavirus risk allowance.

“We attend to so many people, some of whom could be infected, so our chances of catching the disease are very high,” Zimbabwe Nurses Association president Enock Dongo told AFP.

“We commute to and from work and would spread the disease all over the place.

“The government should at least try to provide us with the required protective gear,” he said.

He accused the government of “showing a lack of concern” and said healthcare workers have not been informed about the disease which has killed more than 19,200 and infected 427,940 people in 181 countries.

“While we accept nobody knew this disease was coming, the government has been very slow in educating us about it,” he said during a phone interview.

“We are in the frontline of the fight against coronavirus, and it’s embarrassing when people confront us with information from the internet, and we can neither confirm or deny it,” Dongo said.

Some 15,000 nurses work in Zimbabwe’s public and private hospitals.

Zimbabwe Hospital Doctors Association president Tawanda Zvakada, in a memo to top hospital officials of one the country’s largest hospitals, Harare Central Hospital, said doctors will not report for duty until equipped with protective gear.

“We would like to make it clear in no uncertain terms that our members will not be able to continue carrying their duties with immediate effect,” he said.

The country saw its first death two days after the patient tested positive.

His family said the isolation facility where he died had neither the drugs nor a ventilator needed to treat his condition.

The government has claimed for weeks that it is prepared for the pandemic.

Customs officers based at the main international airport in Harare walked off their posts on Wednesday in protest at a lack of protective gear.

In a notice to strike, they also complained that the officers who were on duty when the now dead patient passed through the airport earlier this month, have neither been tested nor quarantined.

“The workers shall not report for duty until proper measures are taken to substantially mitigate the danger,” they said in a notice.

Facebook
Twitter
LinkedIn
Telegram
WhatsApp
SA VIRUS CARRIERS CHARGED WITH ATTEMPTED MURDER FOR NOT ISOLATINGCORONAVIRUS: NEW RULES ON STAYING AT HOME AND AWAY FROM OTHERS