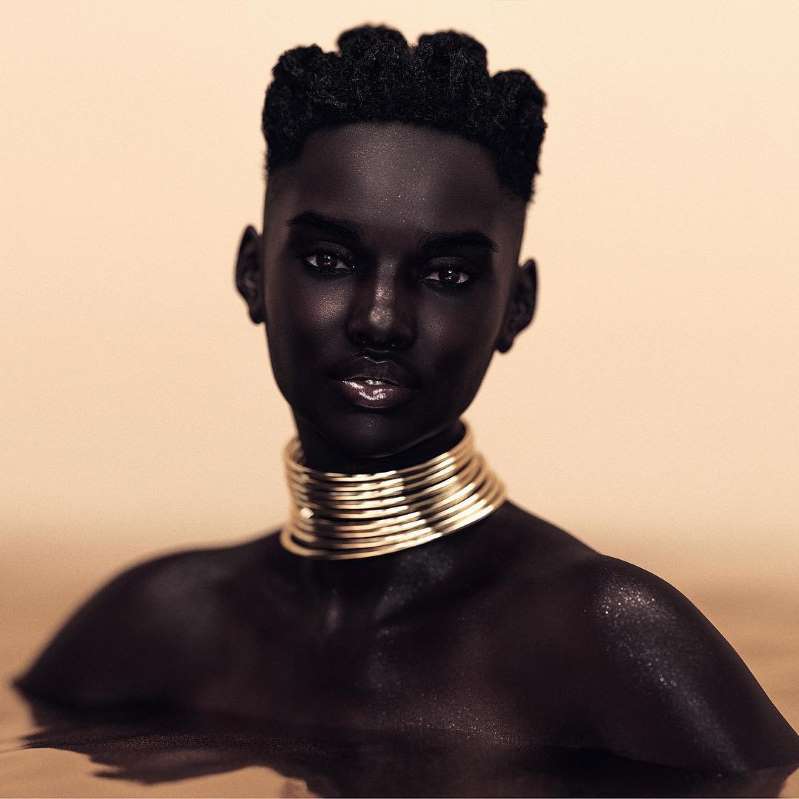 Shudu has the body of a goddess, impossibly tall and lean, with glowing ebony skin. She wears her hair in a short, natural afro style and appears confident but approachable. As an influencer she has 177,000 followers on Instagram and counting, recently shot a campaign with global sports brand Ellesse, has worked with high-end fashion house Balmain, and walked the red carpet at the BAFTA Awards in a partnership with EE.

Shudu is also not a real person. She’s the creation of photographer and retoucher Cameron James Wilson, a long time PHOENIX collaborator, whose personal side project has now taken on a life of its own, literally. He never set out to create an avatar influencer.

“I wanted to create a piece of art, starting from a portrait of a beautiful woman. I was just in that kind of creative hub, locked away in my room, just being creative, being experimental.”

Using 3D modelling software such as Daz3D, Photoshop, and garment simulation software Clo3D, Shudu was inspired by iconic black models Naomi Campbell, Alex Wek and Iman – “those incredible models that I absolutely adored,” he says. Wilson imagines Shudu to come from the Ndebele nation in South Africa, though some people think she looks South Sudanese.

Some people argue that Shudu’s exaggerated proportions perpetrate an unrealistic ideal of beauty. Wilson says he makes no pretence about the fact she’s fiction, and cites Barbie as a reference. “I am very honest with that, and I think if you’re open and transparent with where you have got your references from I think it’s totally fine.” Misty, who isn’t particularly tall for a model at 5’9’’, agrees. “Some models actually look like that. Some models are 6 feet tall and over. They do exist!” Wilson agrees, revealing Shudu is between 5’11” and 6’2”.

For Wilson, the process has been counterintuitive to his work as a professional retoucher, whose job it was to remove flaws from real model’s skin. He explains, “for me, the retouching has been so much healthier, I’m adding imperfections rather than taking them away. With photography and retouch, I have to take bits away – fine lines, pores, stuff like that. But with CGI models I end up adding them back in!” Human flaws stop the character from appearing unnervingly robot like.

Wilson’s newly launched digital model agency The Diigitals also ‘represents’ ethereal, elfin Dagny, plus-sized model Brenn, Shudu’s sculpted partner Koffi, Balmain models Margot and Zhi, and shapeshifting alien Galaxia, a feat of the imagination who is currently on the back burner until Wilson has time to develop a whole world around her / it.