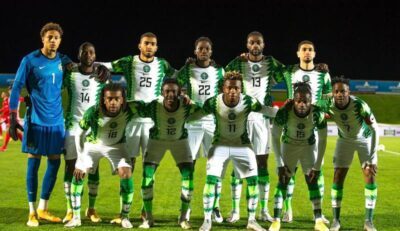 Preparations are ongoing for this month’s Africa Cup of Nations in Cameroon. Twenty-three Nigeria’s Super Eagles train at a stadium in Abuja ahead of their clash against Egypt next Tuesday at the Roumdé Adjia stadium in Garoua.

Some Super Eagles players who are yet to join the team’s camp in few days to the kick-off of the African Cup of Nations in Cameroon. Three of the four players who replaced members of the squad from the first list are already in camp. Interim Super Eagles coach, dropped a strong hint that he will hand Chidera Ejuke the No.10 role in the team.