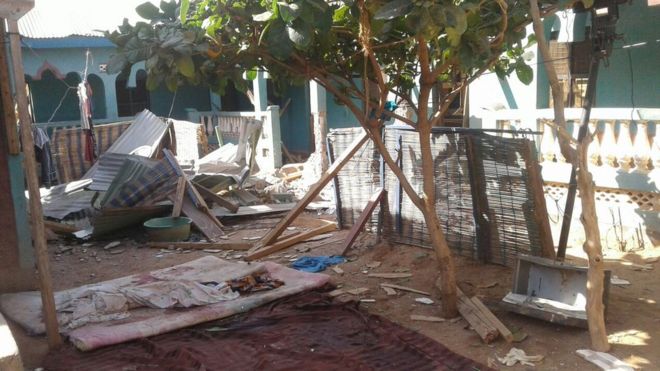 At least 12 people have been killed in an attack in Kenya claimed by Somalia-based militant Islamist group al-Shabab.

The target was a guesthouse hosting members of a theatre group who were performing plays in schools in the north-eastern town of Mandera.

In Somalia, the militants exploded a truck bomb near an African Union military base.
There has been a spate of deadly attacks targeting Christians in the mainly Muslim region around Mandera.

Reports say that the 10-member theatre group was composed of university students who had travelled to the town to perform plays in local schools.

The others were among among 10 people rescued after the dawn attack.

Mr Kenyatta has called off an official visit to Angola “in solidarity with the victims’ families”, a State House statement says.

He said “several Kenyans had been murdered in a terrorist attack” and called for religious tolerance, adding that “Kenyans will not be divided in religious lines”.

While he appeared to blame al-Shabab, Mohammud Saleh, the north-eastern regional coordinator said “local criminal gangs were behind the attack”.

Al-Shabab said it had carried out the attack in an affiliated radio station saying it had killed “15 Kenyans”.

Earlier this month, al-Shabab militants killed six people in an attack the group said was aimed at forcing Christians out of the area.

Mandera borders Somalia, making it vulnerable to attacks from militants based there.

Many of the Christians in the area are skilled workers from other parts of Kenya, making a vital contribution to local hospitals and schools. 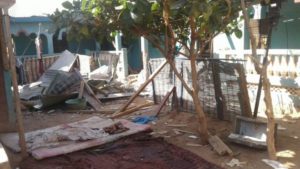