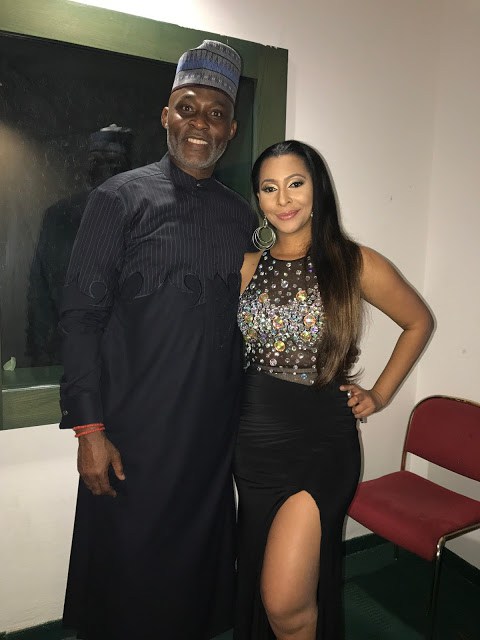 The event, for the third time since the 2015 edition, will be held at – Abuja’s International Conference Centre, (ICC).

The venue will be graced with the presence of not only the who’s who of African football, but also its’ gorgeous hosts, Mimi Fawaz and Richard Mofe – Damijo.

Richard Mofe – Damijo, popularly known as RMD, is an esteemed Nollywood actor and politician, and Mimi Fawaz, is the producer and presenter of the Sports 360 show on UK’s multi award winning Panafrican platform, Voxafrica.

Half-Nigerian and half-Lebanese, Mimi Fawaz, often referred to as Africa’s female voice of sports, is not only a beautiful face, but also the brain and driving force behind Voxafrica’s VoxLive and news anchor on Voxafrica’s VoxNews.

With the Duo side by side on the night, the event promises Africa and the rest of the world a spectacular delivery.

For advertising and sponsorship opportunities on Voxafrica TV