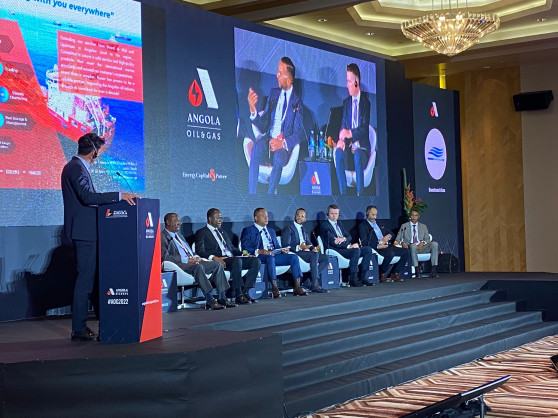 In the midst of a major transformation, developments in Angola’s downstream sector are poised to position the southern African country as a leading exporter of petroleum products in the region.

Owing to a state-led agenda to expand refining, storage and distribution capacity, and with plans to increase its refining capacity to 425,000 barrels per day (bpd), the Angolan economy is set to become a more lucrative and competitive investment space by revamping, modernizing and liberalizing its downstream sector.

“We must champion investments across the African downstream, and we are promoting African energy security,” Kragha stated, adding that, “We need to ensure that the downstream players get the right financing in place to deliver cleaner fuels and must add value and put investment in the continent to create further energy security.”

Thereafter, the discussion kicked off with Coelho stating that, “Investments in the downstream sector will create dynamism and strike a balance within the industry and thus result in profitability.”

Representing sub-Saharan Africa’s largest oil producer and boasting remarkable upstream developments, Angola’s downstream market is currently in the midst of a major transformation, owing primarily to the prolific development of the country’s refining capacity. Plans to increase its refining capacity by 360,000 bpd have been expediated by the recent completion of an additional gasoline production unit at the existing Luanda Refinery and will include the construction of several new refineries in Cabinda, Lobito, and Soyo.

“Today, we only rely about 69% on imported refined petroleum products since our Luanda Refinery is already supplying about 61% of our needs,” stated Vunge, adding that, “The expected increase represents a huge opportunity for our company and our country so we can expand our presence in the region.”

Meanwhile, speaking on the importance of improving Angola’s refining capabilities, Berair, stated that, “We definitely need to bring flexibility into the design of the refineries on the downstream side because of the changing nature of the demand, but also due to the environmental constraints we have.”

Aggressively pursuing the progressive liberalization of the downstream sector by establishing the legal regime governing the activities of importing, receiving, supplying, storing, transporting, distributing, marketing and exporting petroleum products, the market is expected to see increased competition and efficiency, resulting in improved domestic access to fuels at a lower price.

“Liberalizing the downstream market in Angola is the way forward and will attract further foreign investments,” stated Østergaard, who added that, “The demand is there: demand for Angolan crude, but also for Angolan refined products. We proudly work with Sonangol and the Government and we have seen, over the last decade, that liberalization is happening. An ideal liberalized market is a free market which would cater to foreign investments coming in to build storage, expand gas station networks, and from a bunkering perspective.”

“The issue of liberalization has been discussed for quite some time,” added Machado, indicating that, “We all know that the market and the investors have made deals with the Government and the liberalization of the downstream will continue to provide jobs and brings developments to Angola.”

“The downstream and the capacity to supply derivatives must be aligned with the growth of the population. Considering this, our sector has already taken many steps towards this direction. That’s why we have projects to increase the refining capacity and we also have projects to improve storage capacity, and all these will enable us to meet the demands of derivatives of oil,” stated Feijó.

Following the ramping up of these downstream developments, Angola is poised to become well-positioned to export and distribute refined petroleum products and associated petrochemicals to neighboring countries such as the Republic of the Congo, Zambia, Cameroon and the Democratic Republic of the Congo.

“With regards to the storage capability and distribution, we need to take into consideration some crucial aspects in order to optimize our products. In order to achieve these goals, storage commercialization and distribution will result in a reduction of associated costs and result in the mobilization of the distribution of refined products, regionally and continentally,” concluded Carvalho.